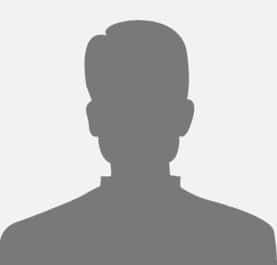 Robert George Brian Dickson was born in Weyburn, Saskatchewan on 25 May 1916 of Irish parents. His father was a banker and his mother had taught school before moving to the Prairies. The studious elder of two boys, Dickson joined Scouts where he enjoyed the mock courts at camp.

After matriculating in Regina he entered directly into second year Arts at the University of Manitoba. He left its Law School in 1938 first in his class, earning the Gold Medal. He was called to the Manitoba Bar in 1940.

By then Canada was mobilizing for war and Mr. Dickson joined 38 Field Battery in June 1940. That August he volunteered as a lieutenant for active service and sailed in February 1941 for Britain with 3rd Light Anti-Aircraft Regiment.

His disciplined intellect and hard work were noticed and he was chosen for staff training. He leapt at the offer of a course in Canada early in 1943, also returning to Winnipeg to marry. Staff training was enlightening for Captain Dickson. The lessons in team problem-solving remained with him for life.

A tour in British Columbia as a Brigade Major, Royal Canadian Artillery followed, but Major Dickson volunteered to return to Europe in May 1944 as a Captain.

Posted to 2nd Canadian Army Group, Royal Artillery, Captain Dickson distinguished himself in Normandy and was Mentioned-in-Despatches, but his good luck did not hold. Near Falaise they came under Allied air attack in error and the brigadier asked him to disperse the vehicles to avoid damage. Captain Dickson was directing the work when he was wounded severely in the right leg. He was taken to an aid post, but was nearly overlooked as he was so badly wounded. He called out to a doctor he knew and was rushed to treatment, but they could not save his leg. He returned to England in late August, only weeks after arriving in France. By November he was well enough to return to Canada for discharge by April 1945.

Back in Winnipeg Mr. Dickson joined a leading law firm where his intellect, ability to organize and appetite for work brought him professional success and prominent corporate directorships. On the urging of a law partner and the assurance that it only involved a few meetings a year, he became head of Manitoba’s Red Cross in 1950, the year the Red and Assiniboine Rivers set flood records. He took charge of relief work for evacuees and support of the flood fighters. With a small staff he mobilized 4000 volunteers, evacuated thousands of people and provided comfort to those working the dykes. He did not see his office for six weeks and, by his own admission, ran the volunteers like an army.

He involved himself in his community, church and law practice, and by the 1960s was at the top of his profession, but seeing little of the argument that had drawn him to law. So, when the Chief Justice asked him to sit on a short‑handed Manitoba Court of Queen’s Bench in 1963, he accepted. This raised eyebrows among partisan members of the Bar due to his invisible politics. His approach set him apart; he wrote a great number of judgments and showed a progressive streak. He judged the Criminal Code’s vagrancy section unreasonable and, when police charged a couple for exercising their marital prerogatives in their living room, he ruled the case an invasion of privacy. Such cases earned him the nickname of the “Red Judge” and notice in Ottawa.

In 1973, when government policy was the creation of a “just society,” Prime Minister Trudeau appointed Mr. Justice Dickson to the Supreme Court of Canada, where he was often the non Quebec judge on panels hearing Quebec cases, thanks to his own effort to learn French.

In Ottawa Mr. Justice Dickson renewed his ties to the military; in 1983 he accepted the Honorary Lieutenant-Colonelship of the 30th Field Regiment, RCA, and was its Honorary Colonel from 1988 to 1992.

In 1984 Mr. Trudeau was replacing retiring Chief Justice Laskin and wanted a vital, hard-working justice at the helm of the Court as it dealt with challenges to the Charter of Rights. He disregarded the custom of alternating English and French and gave Mr. Justice Dickson the job. Chief Justice Dickson came to national attention by speaking out and giving lower courts an idea of how he saw the Court implementing the Charter and often led its justices to unanimous decisions.

When he retired in 1990 to March Township near Ottawa, he was made a Companion of the Order of Canada to recognize his service.

Mr. Chief Justice Dickson was behind judgments that chart Canada’s change from laws based in Victorian values to a modern constitution. His leadership of the Court in interpreting the Charter made both relevant to the citizenry.

Mr Chief Justice Dickson came out of retirement to recommend changes to the Canadian Military justice system in 1997. His report was the basis for reforms to the National Defence Act that will ensure the viability of military justice in Canada well into the future.

Canadians for many generations will benefit from his love of justice, diligence and country. Mr Chief Justice Dickson passed away at his home outside of Ottawa in 1998.