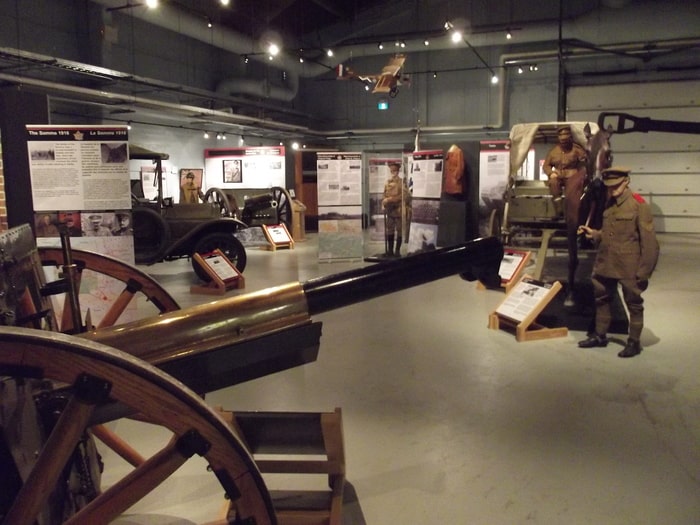 Divisional Commander, Sir Henry de Beauvoir De Lisle, was to write of the Newfoundlanders effort at Beaumont-Hamel: “It was a magnificent display of trained and disciplined valour, and its assault failed of success because dead men can advance no further.”

The Battle of the Somme was a pivotal moment in warfare. At the Somme, Field Marshal Haig and the British Command planned for a much desired breakthrough by the Allied countries against German frontlines and in support of the French Army fighting for its existence to the south at Verdun.  Reliance for success was placed on a sophisticated transport system for supplies and equipment, massive and powerful artillery support, an agile Royal Flying Corps and finally the well-equipped and determined British (and colonial) soldier who was the inheritor of over two hundred years of Empire.  The British had also developed a secret weapon that they hoped would change the course of the war.

The battle was engaged on 1 July 1916 and began with the heaviest losses ever suffered by the British Army. It ended five months later with over one million casualties on all sides and gains that could only be measured in yards.