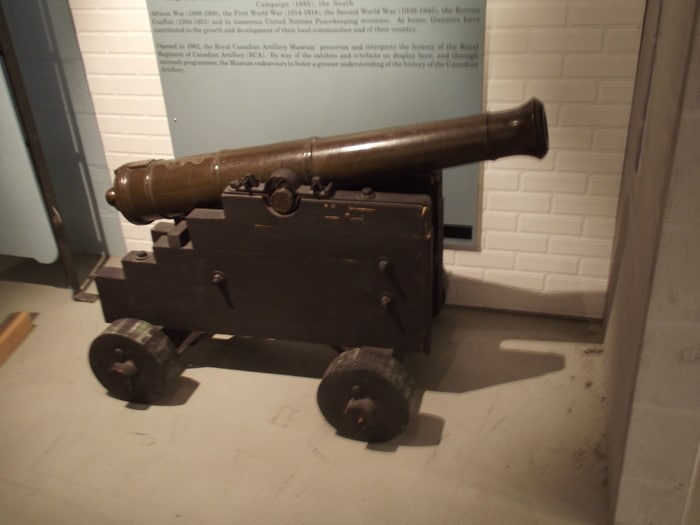 The cypher on the barrel closest to the muzzle is that of the Master General of Ordnance 1807-1810, the Earl of Chatham. The cypher closest to the opposite end is that of King George III (1760-1820). Canadian Guns are inscribed with the cypher of the reigning Monarch to this day. This particular gun is on loan from the Lower Fort Garry National Historic Site.