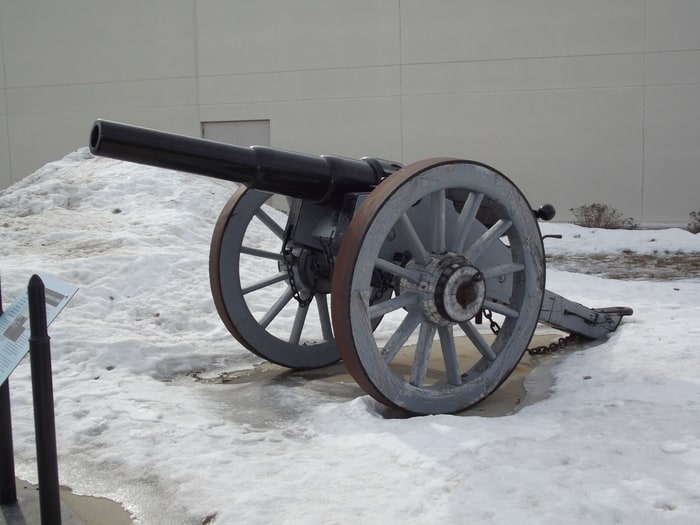 Introduced in 1859 as a naval gun, the BLR 40 Pounder was also known as the 40 Pounder Armstrong gun because of the Armstrong screw breech mechanism. Originally manufactured with a 32 cwt barrel, an improved 35 cwt was introduced as production continued.

The example in the exhibit was made in 1871. The Armstrong screw breach was not a completely successful design, causing a reversion to muzzleloading in later systems until a satisfactory breech mechanism could be developed.