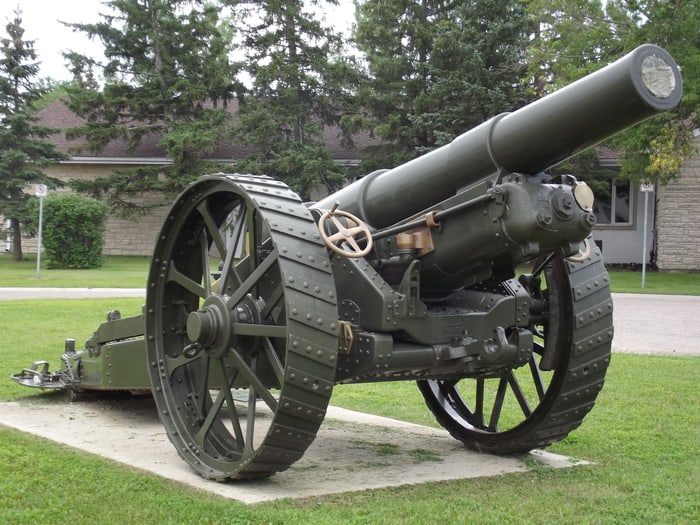 The Breech Loading (BL) 8″ Howitzer was intended to improve the ability of heavy artillery to destroy trenches and fortifications during WWI.

The gun was introduced into British service in February 1915.  The 8″ Howitzer was initially produced by shortening and boring out obsolete 6″ guns provided by the Royal Navy.  An improved version was built beginning in 1916 with new barrels that increased the maximum range.  Two Canadian, one Australian and 40 British Siege Batteries, were equipped with 8″ Howitzers during World War I.