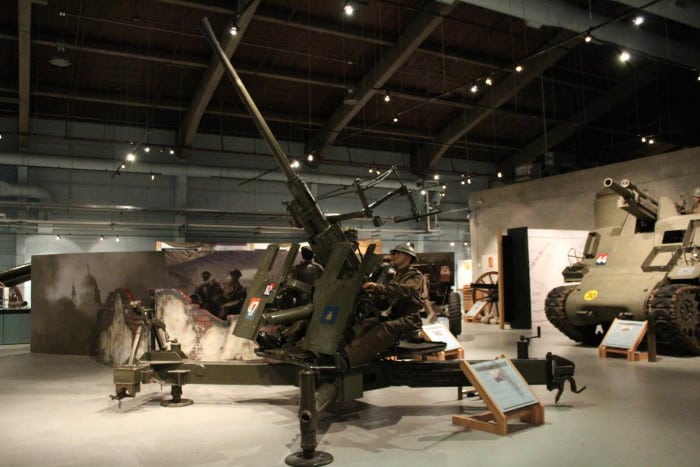 The 40mm LAA remained in service as a defence against Soviet bombers until 1959.  Several guns removed from the HMCS Bonaventure were put back into Artillery service to defend Canadian airfields in Germany 1970-1987.

DETACHMENT: Gun and towing vehicle or gun mounted on the truck bed (self-propelled variant) and 7 Gunners.