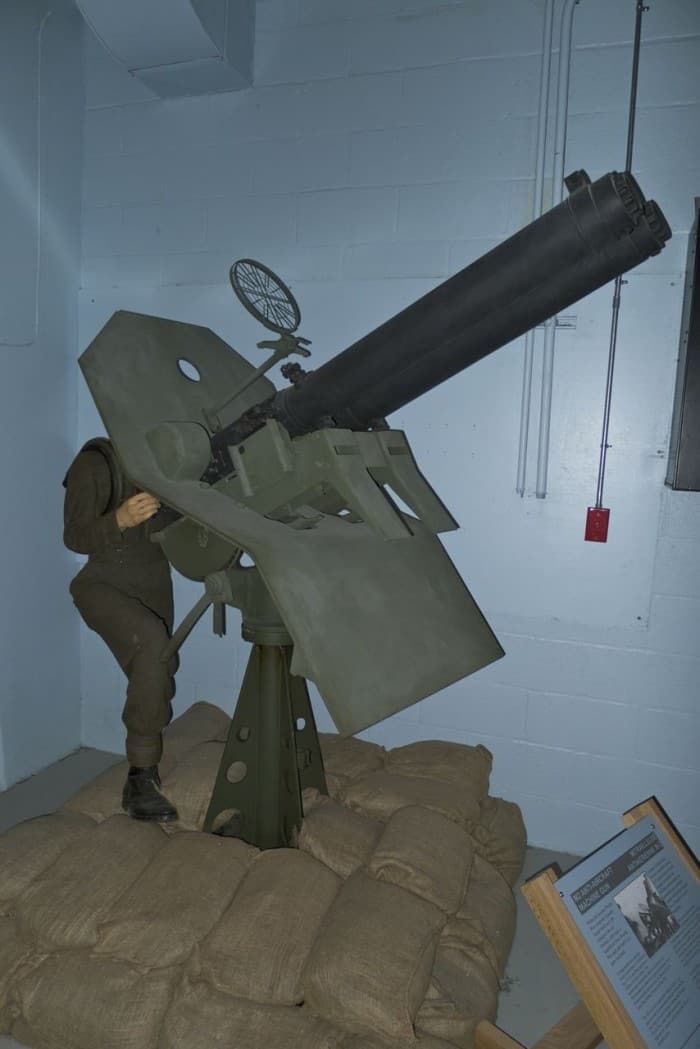 When the Second World War erupted, Canada found itself very ill-equipped for air defence, with only a handful of First World War anti-aircraft (AA) guns on hand.

Arrangements were quickly made to purchase 12 M2 Browning .5″ AA machine guns, and a further 16 were leased.  The leased guns formed the initial AA defences for Newfoundland, while the 12 purchased guns were divided equally between the AA Batteries in St. John NB, Halifax NS and Arvida PQ.

The M2 AA was replaced by 40mm Bofors LAA guns as soon as production allowed.  Of the 89,050 men who served as Gunners during the Second World War, some 36,880 manned the defences in Canada, among them, the M2 AA machine guns.