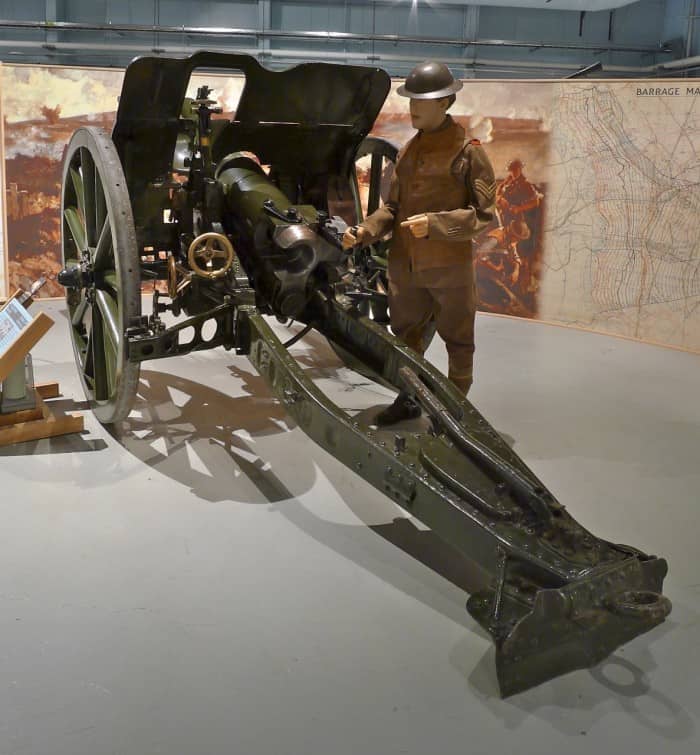 The 4.5″ Quick Firing Howitzer was used in action by Canadian Gunners 1914-1918 and remained in service for training in Canada into the Second World War.

The Howitzer is a concept dating back to the 1700’s.  It was designed to lob shells in a high arc allowing it to fire over the walls of fortifications and into trenches.  In this way Howitzers are similar to mortars, but are more powerful, giving them a longer range.

The 4.5″ Howitzer was in Canadian service 1911-1941.  Quick Firing indicates that the propellant gases are sealed in the breech by a brass cartridge, not the breechblock.  This gun appeared in the movie “Passchendaele”.