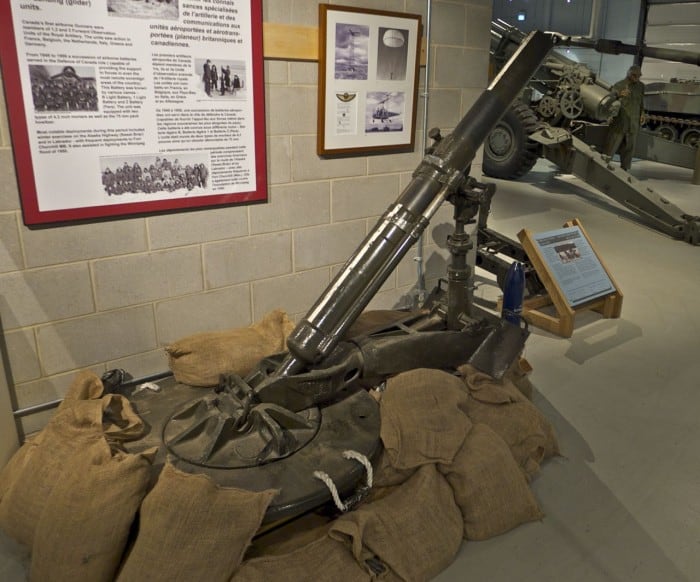 Canada first established a Parachute Battery in 1949 in Shilo.  It was initially equipped with the M1 75mm Pack Howitzer and the British 4.2″ Smooth Bore (4.2″ SB) Mortar.

The M30 was in service from 1955 to 1969 in the Parachute and Light Batteries of the Canadian Artillery.  The M30 was replaced by the L5 Pack Howitzer.  Mortars were deployed when maximum weight was more important than the extra range provided by Pack Howitzers.