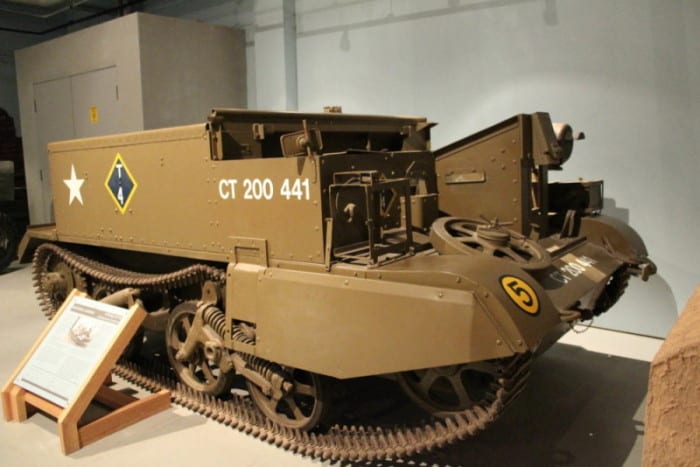 In Gunner service, the Universal Carrier Ford No 3 Mark 2 was used to carry Forward Observation Officers and their radio operators to direct artillery fire.

It was also used as an ammunition carrier and towing vehicle in Canadian Anti-Tank Regiments in conjunction with 2 and 6 Pounder Anti-Tank guns.

The Universal Carrier moved infantry across the fire-swept ground. It carried a Bren light machine gun, and was often called a “Bren Gun Carrier”.  Some 29,000 of various marks were manufactured in Canada and, the vehicle was widely used by the Canadian Army during the Second World War in Sicily, Italy and northwest Europe.

Crew: 1 driver and up to 5 passengers