On 11 September 2001, terrorists launched a series of attacks on the United States.  On 7 October 2001, the US and its allies invaded Afghanistan.

After the fall of the Taliban government, the UN authorized a NATO-led force.  In 2002, Canada committed a battle group to fight in Afghanistan.  Canadian troops patrolled Kabul and helped rebuild the Afghan Army.  Canadian Infantry, Artillery and Armour took part in ground operations.

In February 2006, Canadian operations moved south to Kandahar.  Canadian Gunners were the first to use the M777 155mm light howitzer in combat.  The Canadian combat role in Afghanistan ended in 2011, and the majority of troops returned home.  The remaining soldiers focused on retraining the Afghan Army and police force. 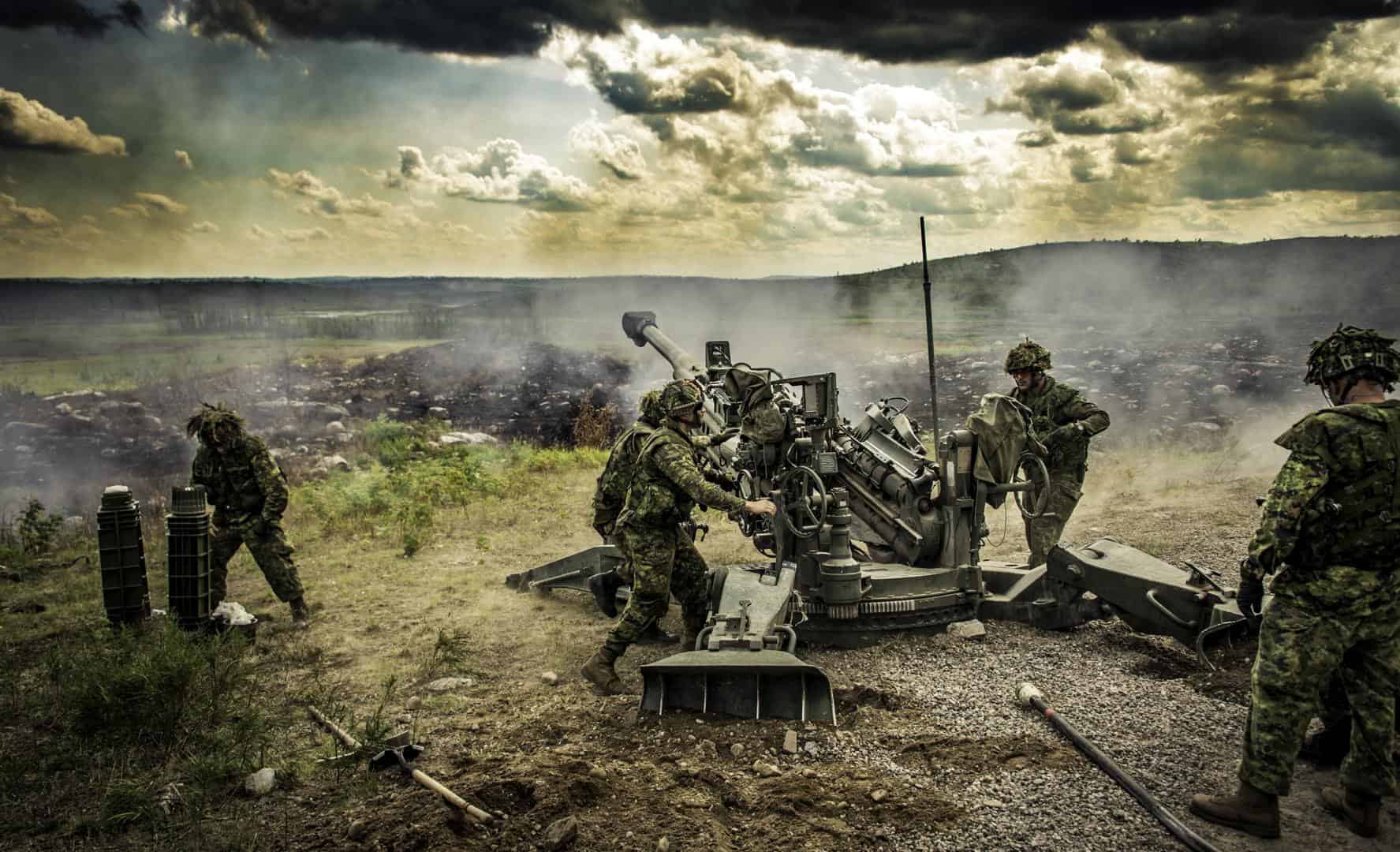