The history of the Canadian militia covers hundreds of years.  In 1534, Jacques Cartier fired the first artillery along the Atlantic coast.  Since then, colonists served in the militias of New France and British North America.

Residents of Saint John, New Brunswick, formed the Loyal Company of Artillery in 1793.  This unit exists today as the 3rd Field Artillery Regiment, RCA.  The War of 1812 and the Rebellions of 1837-1838 helped promote new militia units.

The Crimean War (1853-1856) resulted in fewer British regulars in British North America.  The Canadian Legislature passed the Militia Act of 1855, which authorized a volunteer militia of up to 5,000, including batteries of artillery, equipped and trained at government expense.

In 1855, the militia formed five volunteer artillery batteries in Hamilton, Kingston, Montreal, Ottawa, and Quebec City.  They were the first Reserve or Non-Permanent Active Militia units. 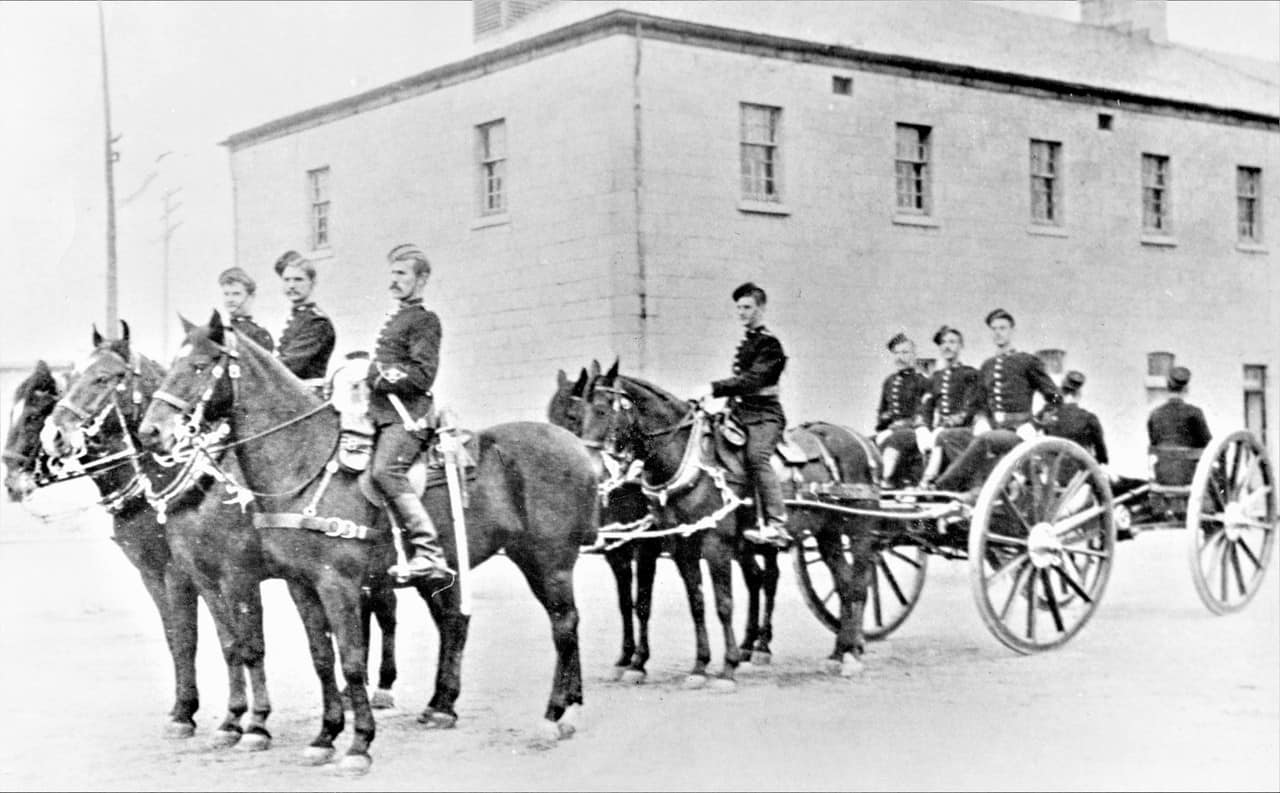