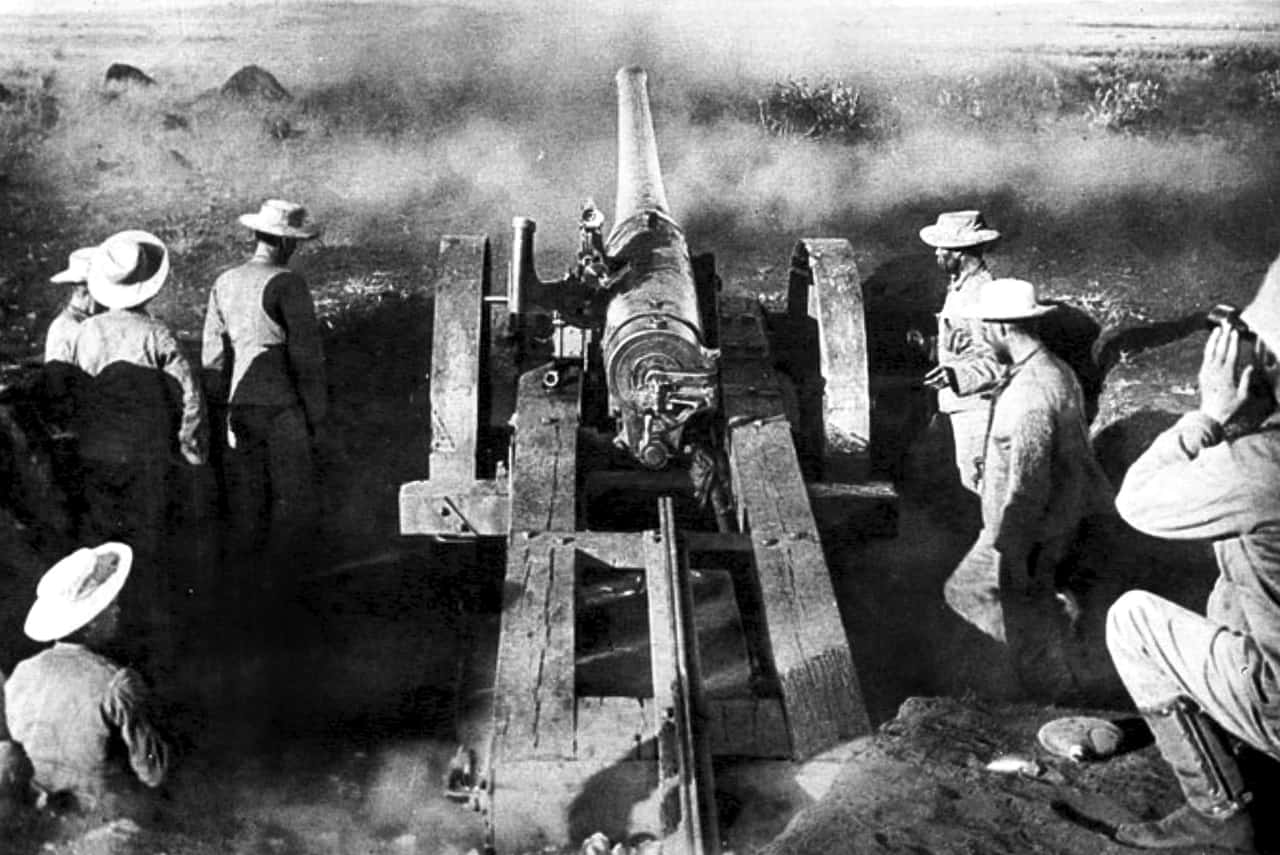 War broke out in South Africa between the British and Dutch colonists called Boers in 1899.  Canada provided a volunteer force to aid the British.  Among the volunteers were three batteries of Field Artillery – C, D, and E Batteries.

C Battery helped relieve Colonel Robert Baden-Powell's Garrison under siege at Mafeking.  D Battery helped save the 12 Pounder guns during the Battle of Leliefontein, while E Battery assisted with the liberation of Douglas on the Vaal River.

The Boers had changed how the British deployed artillery on the battlefield.  They no longer expected an adversary to duel over open sights.  The Boers used concealment, long-range fire, and harassing fire to their advantage.  From then on, Gunners would master the art of indirect fire.

By December 1900, the three Canadian Artillery batteries departed South Africa.  The Boers surrendered on 31 May 1902.  Canada lost a total of 270 troops during the South African War.