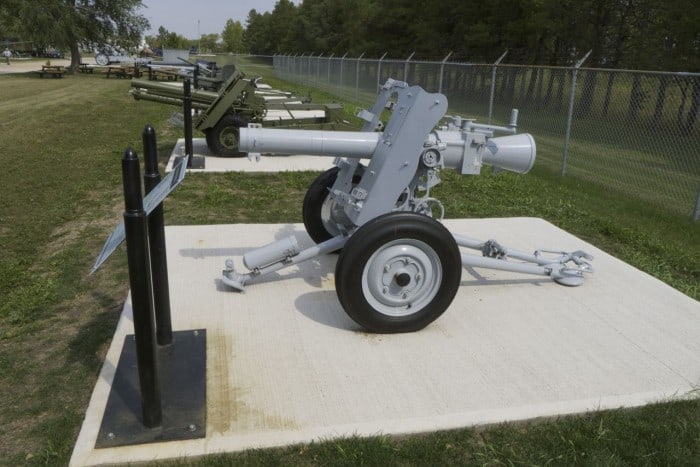 The light carriage was made possible by the fact that the gun is recoilless.  Upon firing, enough propelling gas is directed to the rear through the large venturi to counter-balance the recoil force of the gun.  the result is a large firing signature known as “back blast”.  A danger area of 50m (55yds) behind the gun had to be kept clear to avoid injuries to the detachment.

The gun was mainly used in support of mountain warfare in Norway, Finland and on the Eastern Front.  Production ceased in 1944 but the gun remained in service until 1945.