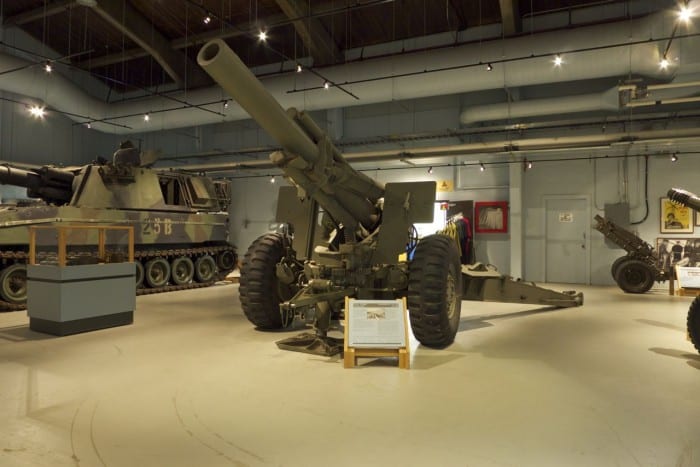 The M1A1 155 mm Howitzer replaced the 5.5” Gun in Canadian medium batteries and was in service 1956-1968.  Designed in the USA in 1941, it remains in widespread use today.  In addition to the medium batteries in Canada, one battery in the Artillery regiment stationed with Canada’s NATO brigade was equipped with the M1A1 from 1965 until the M-109 replaced all of the guns in Germany.

The change to 155mm was driven by the recognition that 105mm did not provide sufficient firepower against modern mechanized armies.  This was particularly true in NATO, where a vast Soviet army had remained poised and equipped to attack the West since the end of the Second World War.