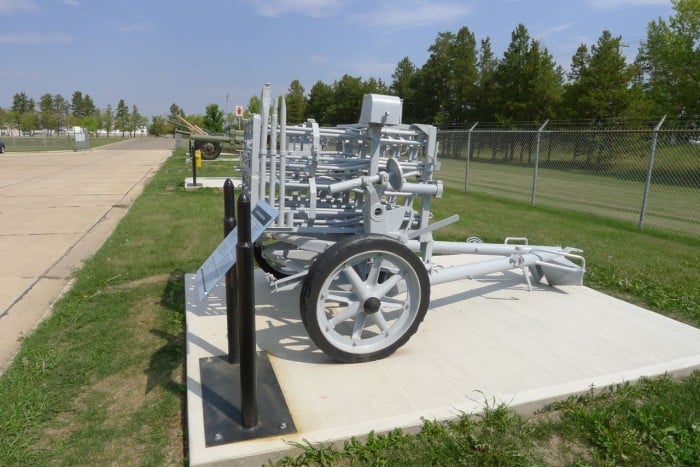 Germany was forbidden to possess heavy artillery after World War I.  Rocket launchers, given the cover name of smoke projectors (nebelwerfers), were developed to get around this restriction.  By 1944, the cover name was no longer considered necessary.

The RW 56 could fire 30cm rockets, or using the adaptor rails as fitted to this example, 15cm rockets.  When not in use, the adaptor rails were stored on top of the launcher.  Allied troops referred to the missiles as “moaning minnies” due to their distinctive sound in flight.