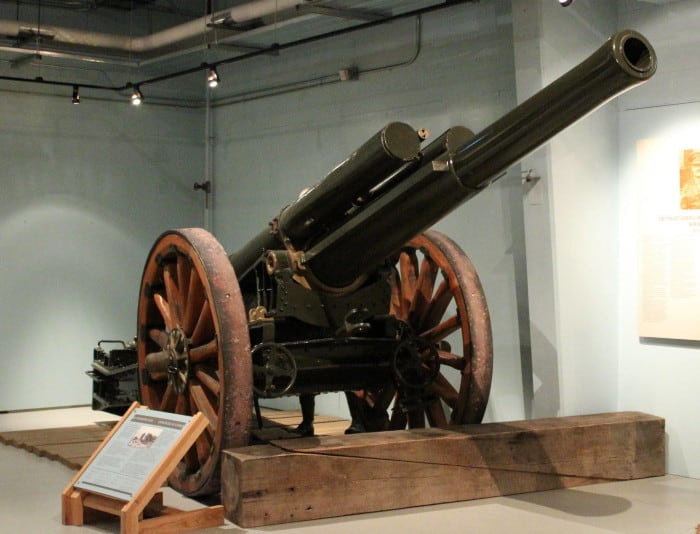 The 60 Pounder Breech Loading Gun (60 Pdr BL) was used for mobile coast defence in Canada and counter-bombardment on the Western Front 1914-1918.

The 60 Pdr BL was in Canadian service 1905-1942, replacing the 4.7″ Quick Firing Gun of Boer War vintage in the Heavy Batteries of the Canadian Garrison Artillery.  The term Breech Loading indicates that the breechblock itself, instead of a brass cartridge case, seals in the propelling gases.