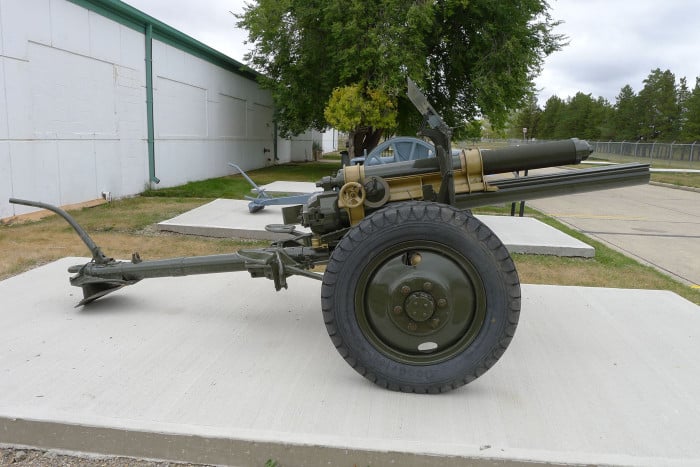 This is an American version of the British 18 Pounder gun, manufactured with a smaller 75mm bore to accept French ammunition.

When the United States entered World War I, it lacked equipment and there was no time for U.S. industry to re-tool.  It was decided to use Allied weapons, with the French 75mm gun becoming the standard U.S. divisional gun. Made as a stopgap until French guns were available, it did not see action before the war ended.

During World War 2, these guns were upgraded with pneumatic tires.  They were used for training by the British Army and in combat by the Finnish Army against the Soviet Union.