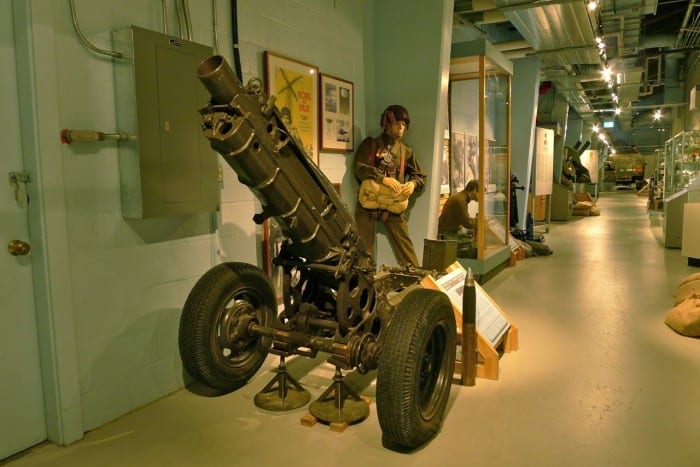 Canada established a Parachute Battery in 1949 in Shilo.  The M1A1 could be broken down into small loads for operations in rough terrain and dropped by parachute.  In this role, it was put in wooden crates that were strapped to the belly of the aircraft.  These were released over the Drop Zone (DZ), and the Gunners then parachuted from the aircraft. They quickly re-assembled the gun on the DZ and commenced firing.

The M1A1 remained in service with the Canadian Parachute Battery until 1956.  The M30 4.2” Rifled Mortar replaced it.