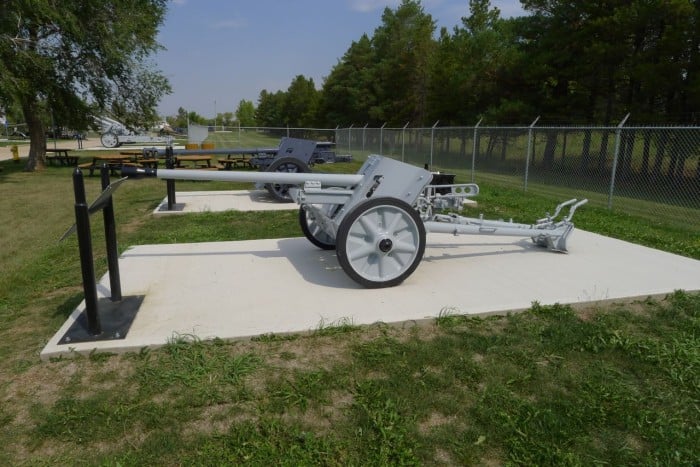 The PAK 38 was issued to the German Army in late 1940 to replace the 3.7cm PAK 36, which had become ineffective.  Although better guns became available, the PAK 38 remained in service in both towed and self-propelled roles until the end of World War II.

Highly effective against Soviet tanks, it was capable of penetrating 86mm of armour plate sloped at 30 degrees at a range of 500 metres.  Penetration at 1,000 metres was 55mm.  A high explosive (HE) round was also produced for the gun which was effective at 2,898 metres.