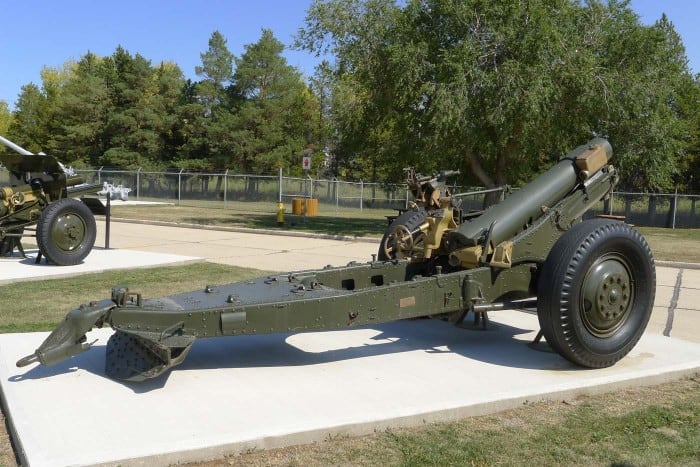 The BL 6 inch 26 cwt (hundred weight) Howitzer was introduced in 1915 to replace obsolete medium howitzers in the British Army during the First World War.

This gun was the first to use the ‘Asbury’ breech mechanism that required only a single motion to open the breech greatly increasing the rate of fire.  By the end of the War 3,633  26 cwt Howitzers had been produced and had fired over 22 million rounds.

The 26 cwt was used by Canada from 1916 until 1943. Canadian units did not use the 26cwt in combat during World War 2, but the guns were operational with the British Army until 1945. Captured examples were kept in service by Germany as the FH412(e).

This example has been modernized with rubber tires instead of wooden wheels for improved towing.