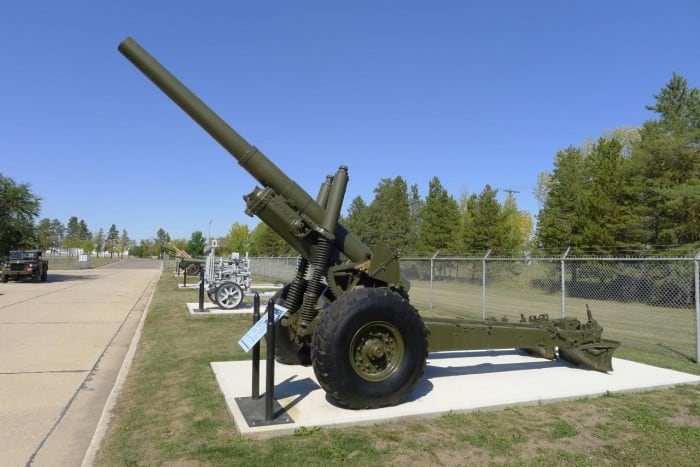 It was first issued to Canadian medium regiments in 1942, replacing the 60 Pounders and 6” Howitzers of First World War vintage.  Half of the Canadian medium regiments overseas during World War II were equipped with this gun, while the other half were equipped with the closely related 4.5” gun.  The 5.5” was employed by army artillery to conduct deep fire and counter bombardment.