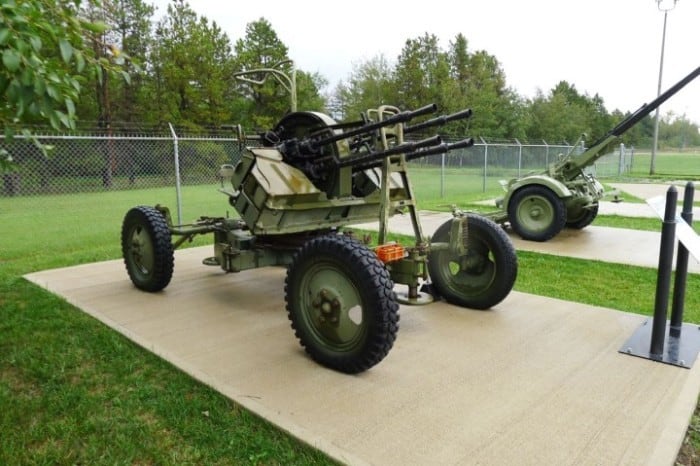 The ZPU-4 anti-aircraft gun, introduced by the Soviet Union in 1949, was a major threat to U.S. helicopter pilots during the Vietnam War.

The ZPU-4 was widely used by Communist countries throughout the Cold War.  The gun has also been used in combat by North Korea, Iraq and several Middle Eastern nations.  A simple, robust design, it remains in service around the world.

The weapon is composed of four 14.5mm machine guns which are air cooled and can fire up to 600 rounds per minute (150 rounds per barrel).  The ZPU-4 was designed for daylight/clear weather defence against low flying aircraft and helicopters.