Welcome to the RCA Museum’s Ubique 150 temporary exhibit.  This exhibit aims to celebrate the 150th anniversary of the formation of A and B Batteries.  These units were the first “full-time” or “regular” elements of the post-Confederation Canadian Army.  They represent a significant step in the evolution of Canada. In 2021, the RCA Museum will END_OF_DOCUMENT_TOKEN_TO_BE_REPLACED 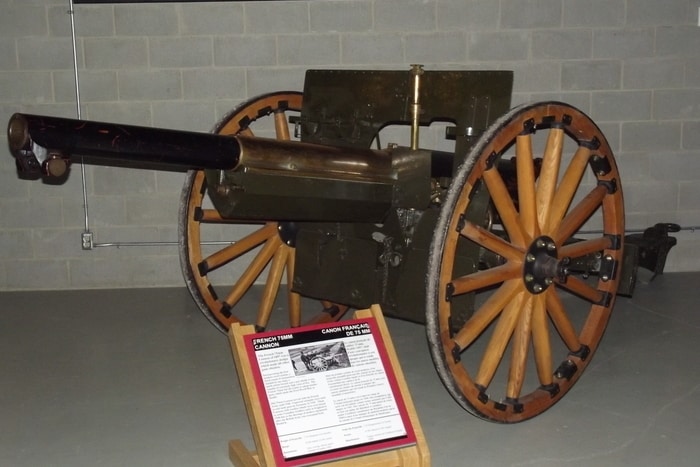 The French 75mm was a technological innovation and the first modern artillery system. The 75mm gun incorporated the first modern recoil system, a fixed round of ammunition (loaded in one step), and a quick-firing breech.  It was capable of a high rate of fire and had a gun shield.  It was the French Army’s primary END_OF_DOCUMENT_TOKEN_TO_BE_REPLACED