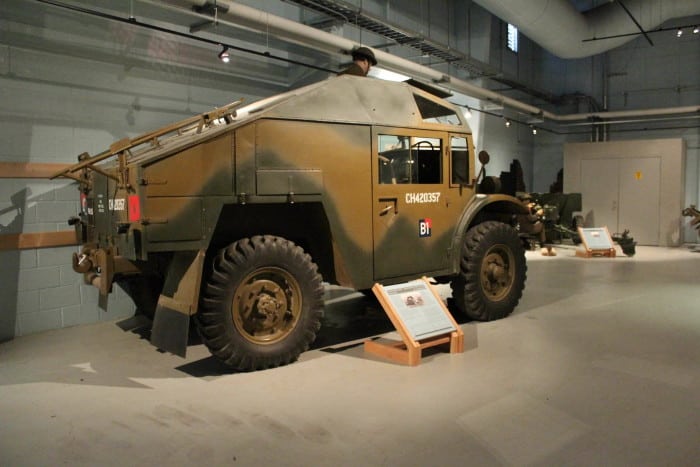 The Field Artillery Tractor (FAT) was a four wheel drive towing vehicle used with the 25 Pounder Field Gun and the 17 Pounder Anti-Tank Gun during the Second World War.

Ford and General Motors in Canada produced over 22,000 FATS during the war.  The FAT was replaced by a towing vehicle based upon the Ram Tank for the 17 Pdr Anti-Tank Guns 1944-45.  It was replaced by a standard truck for towing the 25 Pdr after the Second World War.

This FAT was produced by Ford Canada in 1942.  It is still in running condition.