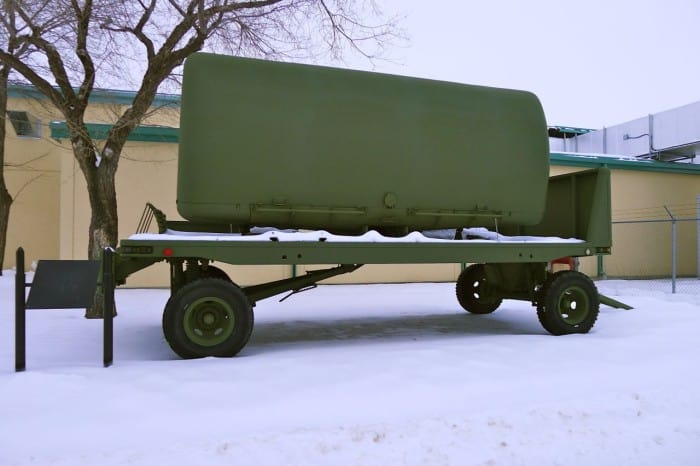 The M243 was an early warning component of the M33 Anti-Aircraft Fire Control System used by Canada and other NATO countries in the 1950’s.

The M243 carried the Early Warning (EW) radar which was deployed on a large tripod on the ground and fed its data directly to the M242 Fire Control trailer (located beside the M1A1 gun).  The radar provided wide area coverage to allow threatening aircraft to be tracked by the M242 radar for engagements.