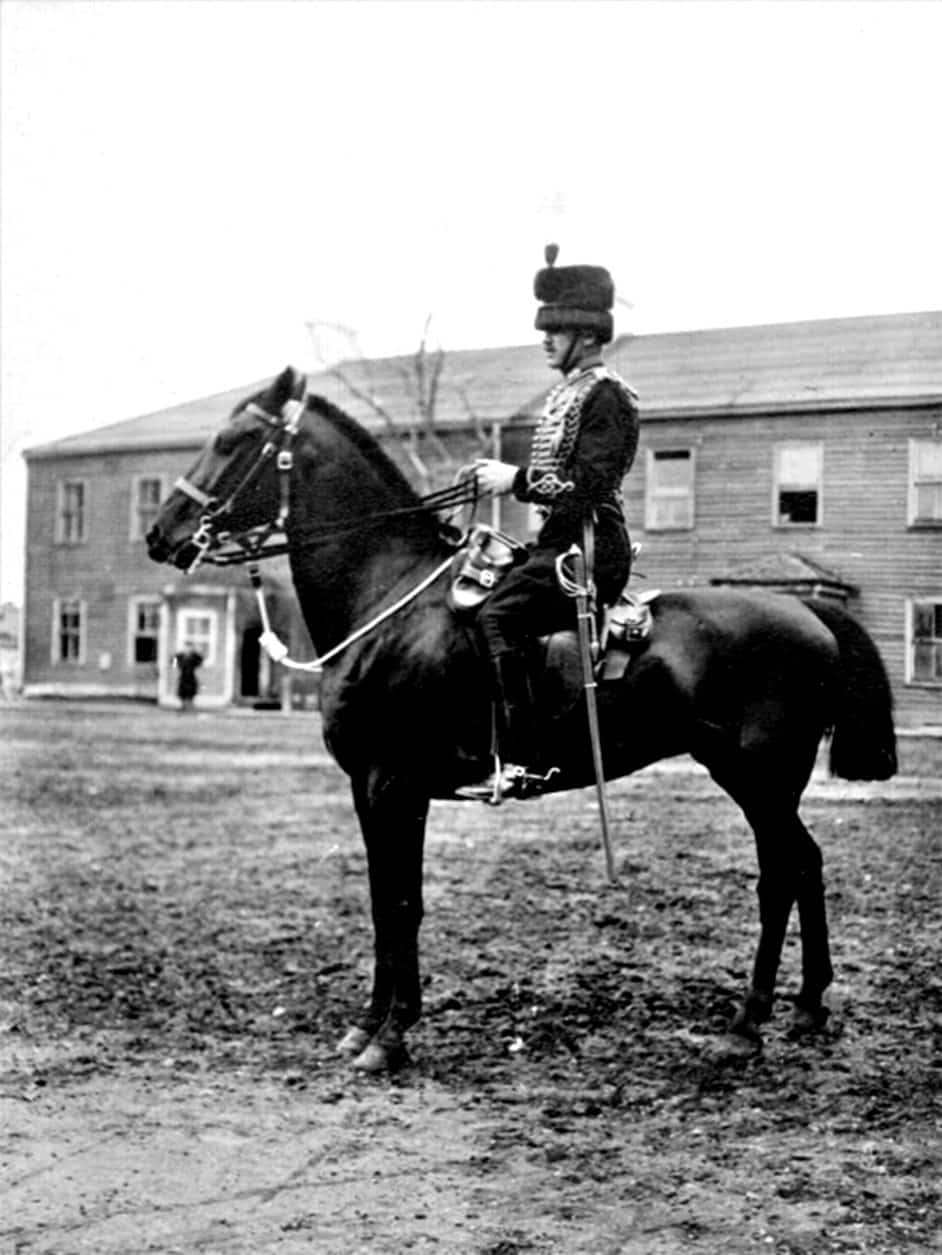 Until well into the Interwar period, horses were the primary transport for Canadian soldiers.

Horses carried individual soldiers and moved guns, ammunition, casualties and supplies.  In World War I, the Canadian Corps required over 23,000 horses.  Over 480,000 horses died in military service with the Commonwealth forces from 1914 to 1918.

Horses required a great deal of care but were more reliable and had better cross-country mobility than the motor vehicles of the early 20th century.  By World War II, motor vehicles had replaced horses in the Canadian Army.