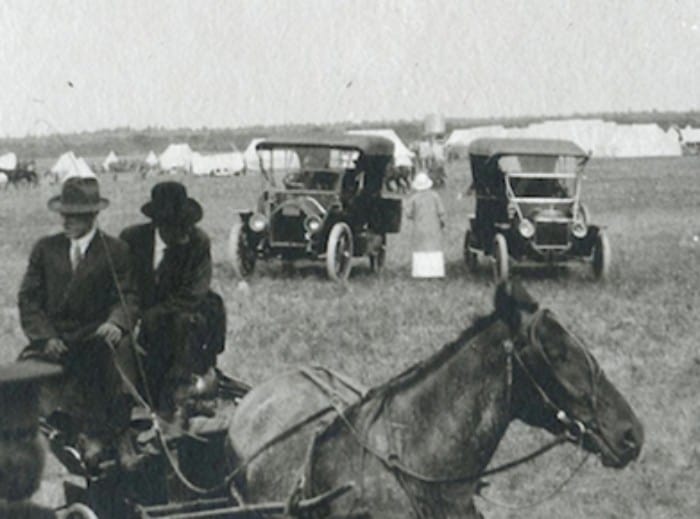 Early Cadillacs were robust and could handle rough roads and cross-country operations, perfect for military service.

When the Canadian Expeditionary Force sailed for Britain at the beginning of the First World War, it did so with a small supply of motorized transport.  For service closer to the front, however, the CEF used British lorries.

This light truck dates to 1912 and was originally a limousine.  Its frame was extended and a wooden box was added to the rear.  A tarpaulin stretched over wooden bows provided protection from the elements.  Its small rear door indicates its use as a troop transport.

The Manitoba Antique Automobile Museum of Elkhorn donated this vehicle in 2015 after receiving it in 1961 as part of the Isaac Clarkson vehicle collection.

Crew: Driver, co-driver and up to 8 passengers