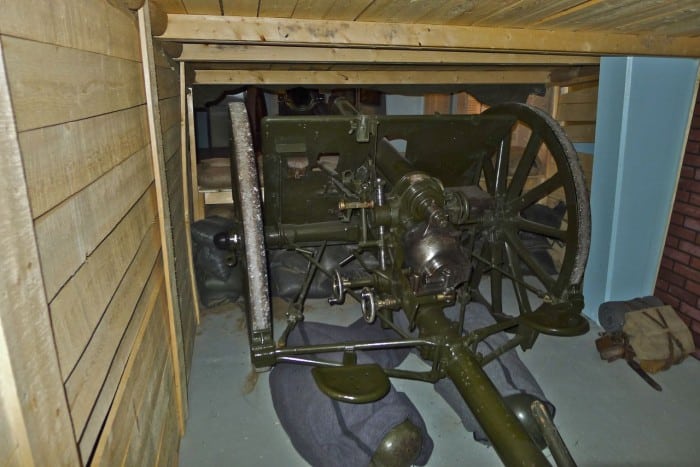 The 18 Pounder was in Canadian service from 1906-1941, replacing the 12 Pounder BL.  This was the first modern field gun in Canadian service.  It loaded fixed cartridges via the breech and featured a modern recoil system which kept the gun stationary during firing by allowing the barrel to slide back and forth to absorb the shock of firing without moving the carriage.

Examples were retained in service for training into the Second World War.