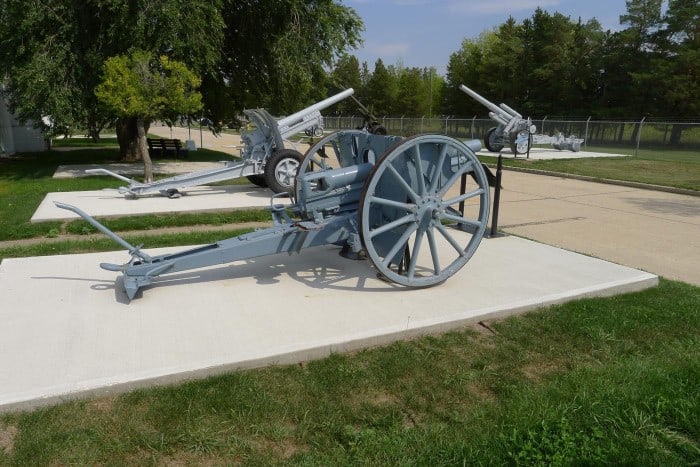 Introduced with no recoll system, the guns were made obsolete when France produced the first modern artillery piece with its 75mm gun in 1897. The Boers used the FK96 against the British during the South African War 1899-1901.

After the Boer War, all FK96 were modified with a modern carriage and recoll system, retaining only the barrels. These guns were designed FK96 nA (neuer Artillerie – new artillery). In 1918, six of the nine batteries in a German division were each equipped with four K96nA. The FK96 saw action on every front.

After the war, Poland, Latvia, Lithuania and Estonia were given FK96’s as reparation payments. The guns saw service in these armies from 1919 until the 1930s.