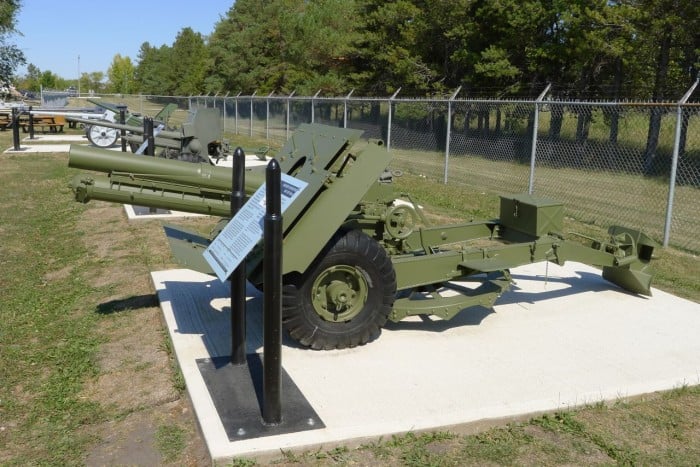 In response to the success of the German SIG 33 the British Army required an Infantry Howitzer for direct fire against concrete structures, such as pillboxes in 1942.

As a 95 mm Tank Howitzer was already under development it was considered to be a logical starting point.  The howitzer was stripped of its counterweight and was placed on a box-trail carriage and given a gun shield.

Testing in 1943 showed that both the recoil system and the carriage were over stressed and redesign was needed, which delayed introduction until 1944.  However, the problems with the recoil mechanism and carriage were never fully ironed out and the weapon was refused by the infantry and declared obsolete in April 1945 but not before several hundred examples were produced.  It was never used by the Canadian Army.