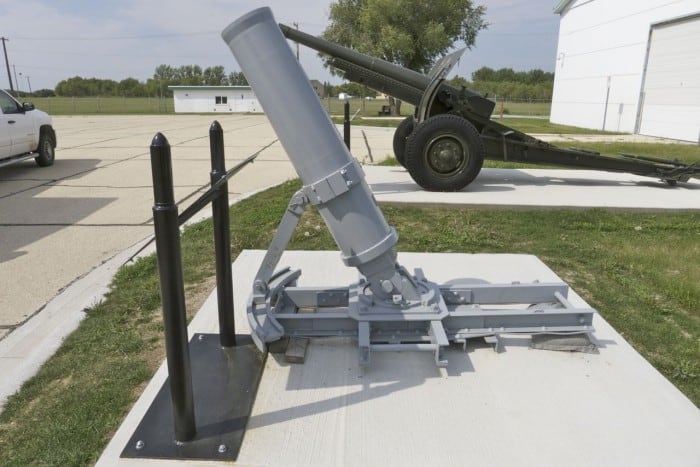 The IKO 24 cm Schwerer Flugelminenwerfer was the standard German heavy mortar in the last half of World War I.

The mortar fired a projectile stabilized by four large vanes or wings (“Flugel” in German).  The German Army General Headquarters reserve included 13 battalions equipped with heavy mortars (schwerer minenwerfer).  These battalions were assigned to reinforce the artillery on various fronts for significant offensive operations.  Each regiment was equipped with 24 heavy mortars.

Approximately 300 IKO Flugel Minenwerfer were produced during World War I.  This example was captured by the Canadian Corps late in the War and brought to Canada in 1919.