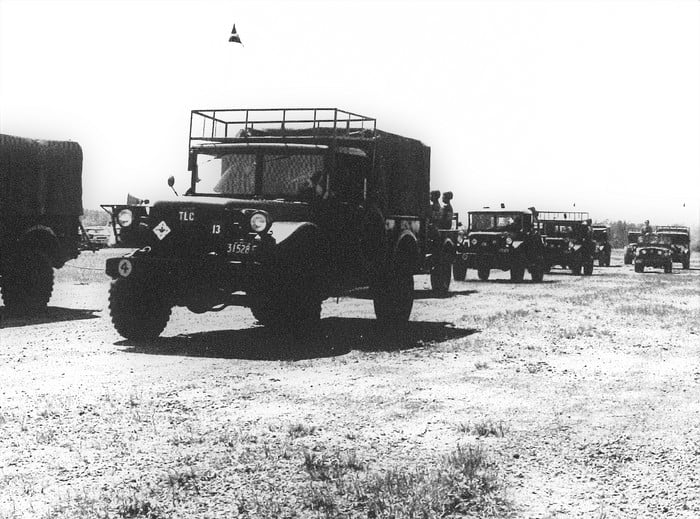 After World War II, Canada transitioned to American Standard Military Pattern (SMP) vehicles, many of which were manufactured in Canada.  The M37 3/4 ton family replaced 15cwt trucks like the C15A.

The truck on display is one of over 4,500 Canadian versions that were produced by Chrysler Canada between 1951 and 1955.  The Canadian variant had a larger engine and clutch, and a much more reliable transmission than the US-made trucks.  Besides cargo carriers, other models included the M43 ambulance and the M152 van.

The M37 CDN was in service with the Canadian Army from 1951 until 1977, when it was replaced by a modified commercial pattern Chevrolet 1 ¼ ton truck.