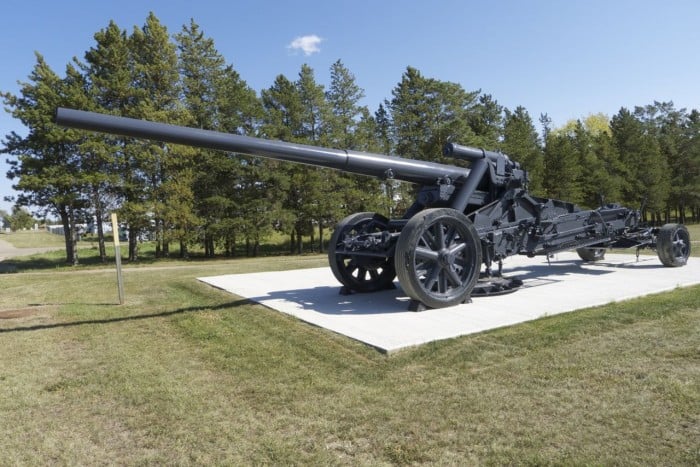 It was primarily intended for counter-bombardment and coast defence.  Captured K18’s were used by the Allies in North Africa in 1942 and in Europe in 1944.

For firing, the gun was set on a platform with the wheels either removed or jacked up off the ground.  Although the gun weighs over 17,000 kg (38,000 lbs) in action, two men could easily swing the platform.  This system gave the gun an extremely wide range of traverse without having to change the positioning of the firing platform.

An anti-tank round was produced for the gun, capable of penetrating 255mm of armour at a 30-degree slope at 1,000 metres.